The Green ICE * The Solar Train

The Green ICE was awarded the Design Award Brandenburg 2013 / Special Prize material innovation.
Make energy revolution better. A second skin of the train from photovoltaics to power the on-board electronics with renewable energy.
Organic PV (OPV) as a second skin on a fast train. Energy there produced where it is consumed: conduction losses, route expansion and land use be avoided.

The OPV used here is light and flexible, is produced on film and has an efficiency of up to 12%. but the peak value is for applications not relevant, but the yield and that even under partial load (shade, partial shade, overcast sky) a good performance there. 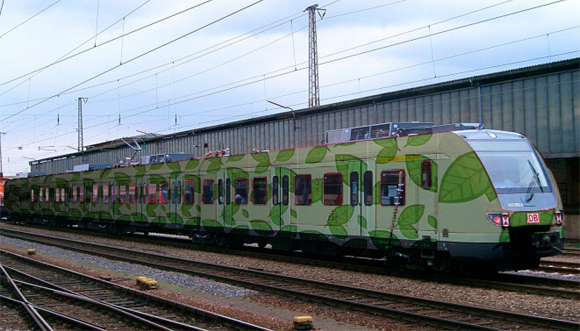